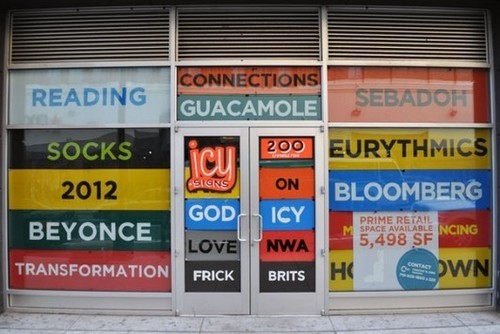 Imagining The City Landscape As A Creative Canvas [Future of Cities] PSFK In our Future Of Cities report, PSFK Labs investigated the key trends and pressing issues that will play a role in shaping the evolution of urban environments over the next…

Once more: an example of how people (try to) use cultural tools to change their environment, to have an impact on their quality of life. Examples like these show that the philosophical interpretation of cultural evolution by Daniel Dennett is flawed or at least too simplistic.

Where Dennett pictures a one-way-street model of influence by culture on humanity, these examples show there is a two-way-street, with humanity influencing, changing, selecting cultural elements to construct optimal living conditions.

This is not to say that culture can not be overpowering: Dennett does have a point there. But if you want to see culture (Dennett actually singles out religion) as a virus, you have to admit that we co-evolved with it, developing a kind of immune system to it.

I imagine that critical, reflective thinking, an acquaintance with cultural traditions, combined with curiosity and an open attitude towards novelty, are essential elements of this immune system. That is of course where education comes in. And to bring my personal little obsession to the fore again: that is why teachers – in whatever level they teach, in whatever subject – should be aware of some basic principles of cultural evolution.