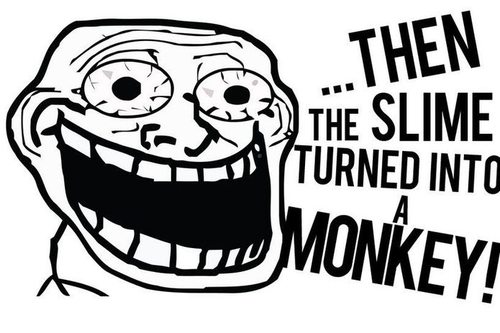 Anti-Catholic Atheist to Deliver Diatribe on Evolution at Jesuit’s LeMoyne College
Aleteia
Michael Ruse, PhD., who calls himself a non-believer, will be speaking at the Jesuit college on Thursday, Oct.

There are two things that I do not like about this message. First, there is the aggressive tone. There is the troll figure, shouting out a straw man version of evolutionary theory. Ruse is not only called an atheist, but an ‘anti-catholic’ atheist – which apparently is assumed to be the worst kind – because he criticised a number of features within the Roman Catholic Church – some of which are also criticised by a number of Catholics themselves, btw – and criticised a statement made by pope emeritus Benedict XVI – which actually is allowed by canonical law; not every word a pope says automatically becomes infallible. All in all, the article clearly wants to make the case that something bad is happening at LeMoyne College: someone is going to talk about evolutionary theory.

Never mind that the Catholic Church holds that (evolutionary) science and faith should not be seen as contradicting each other (even Wiki knows this: http://en.wikipedia.org/wiki/Catholic_Church_and_evolution#Catholic_teaching_and_evolution): the author of the Aleteia blogpost knows better than that: evolution is wrong… So I guess the works of catholic theologians like e.g. John Haught or even Karl Rahner should be put on the index?

Although I have no affiliation with mentioned College, as a Catholic theologian I’m worried about articles like this, claiming science is in opposition with faith and that we should abandon science to keep faith pure and sound. I believe this attitude is non-Catholic, maybe even anti-Catholic, because it will diminish our ability to act on God’s revelation, to act on His call to do good in this world. not to mention that this attitude brings us back to the days of Galileo, from which John Paul II decisively distanced the Roman Catholic Church.

This is not to say that I agree with everything Ruse claims. I think his interpretation on the Huffington Post blog of Benedict’s speech on evolution could be discussed and refined, and that he certainly goes too fast in equating what a pope or a cardinal says with ‘the’ theology of the Roman Catholic Theology. I think the latter is as wrong, reductionist and simplifying as equating e.g. Stephen Gould’s work with ‘the’ evolutionary science: there is more diversity and more debate going on than meets the superficial eye… But that brings me to the second reason to dislike the Aleteia piece: since when does (Catholic) education entail listening only to what you already agree with, to close yourself off from those impulses that bring up questions and make you think things through more thorough? In his book "Introduction to Christianity" (http://www.ignatius.com/Products/INCH2-P/introduction-to-christianity-2nd-edition.aspx), cardinal Ratzinger (yes, the same person Aleteia refers to) warns for the danger of Christian faith becoming marginalized. He uses the loaded term "ghetto" to bring this danger to the fore very sharp and clear. I think that’s precisely what things like this Aleteia-rant lead us to.