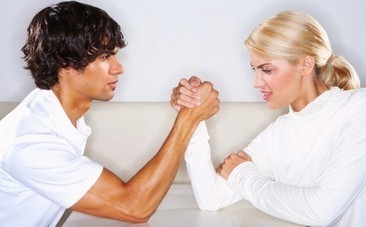 Men Are From Earth, Women Are From Earth
Care2.com (blog)
The study is a direct repudiation of pop evolutionary psychology, which holds that male and female traits are hard-wired and predetermined.

If I understand this article correctly, there is not so much a biological basis for gender differences, as there is a cultural one. That is: there are gender differences if we want to look at it that way. Actually, it’s just a matter of personality differences.

Quite interesting, not only for its consequences on some of the discussions my wife and I are having on a regular basis, but foremost because it points to the immense influence culture has on our world view. Apparently, this influence even bares on scientists doing research, as the authors of this article claim…